Over the past few days, we’ve had the good fortune to have Santa Clause come visit us at Friends of Toto to take some photos of the pups.  As busy as he is getting ready for the prime time, he took some time out to talk to us over a plate of cookies with milk of course!  I learned so much in those discussions!  The most surprising thing I learned though was that being Santa isn’t always much fun.

I found that surprising.  Santa embodies everything joyous and happy about the season.  Just listen to just about any Christmas carol and you know exactly what I mean.  From Santa’s point of view though, it’s not so rosy!

I tell all of you this so that next time you see him . . . maybe at a mall or on the side of the road . . . give him a smile and wave so he knows you care.  And if he’s wearing that fake beard, give him a special knowing wink as if to say:  “Thanks for doing that big guy!  We appreciate you!!” 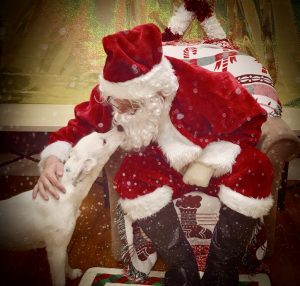 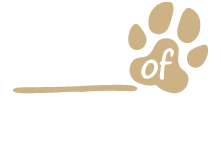